The third concert in the Priory’s Concert Series 2016 was given by the Leeds Philharmonic Chorus. With an audience of 186 and performers numbering 84, the Priory was well and truly filled. Conducted by their Chorus Master Richard Wilberforce and accompanied by Alan Horsey, they presented an evening of Simple Gifts, A Concert of Reflection. The programme included Tippet’s Five Negro Spirituals, Songs of Freedom by James Burton, Alain’s Litanies, and excerpts from The Armed Man by Sir Karl Jenkins.

Photos: Richard Wilberforce (above): Members of the chorus gathering in the tower at the start of the rehearsal (below). 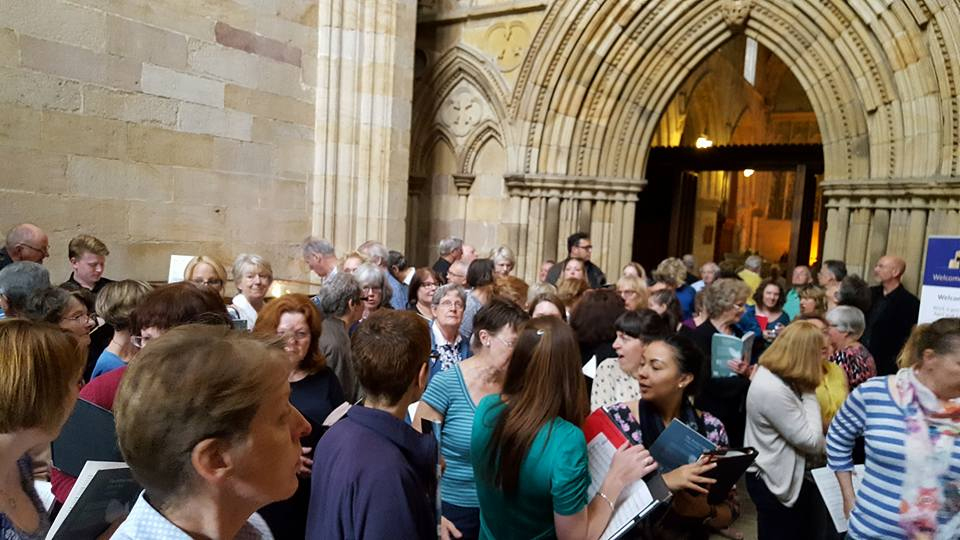