New lighting was required in the Priory to replace an old, inadequate system that was beginning to fail. The Rector and PCC elected not to replace ‘like with like’, but saw an opportunity to design and install a system that enhanced the experience of the building. Illuminating and making the most of the Priory’s rich architectural heritage allows worshippers, visitors, and concert goers to see the Priory in a new light.Work on the project commenced in 2014 with the engagement of a lighting designer experienced in church and heritage projects. Members of the PCC went on field trips to view recently installed lighting systems. Historic England and others were consulted. A lighting mock-up was undertaken in Spring 2015 to verify the design concept, after which competitive tenders were sought for the installation work. Work commenced on April 4, 2016 and the completed system was handed over on July 1, 2016.

This booklet (requires Adobe Reader) tells the story of the project. 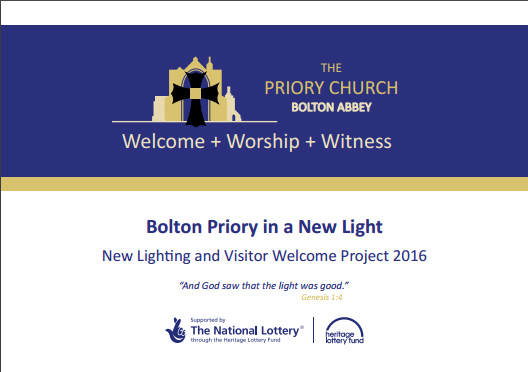