A Concert for Peace and Remembrance 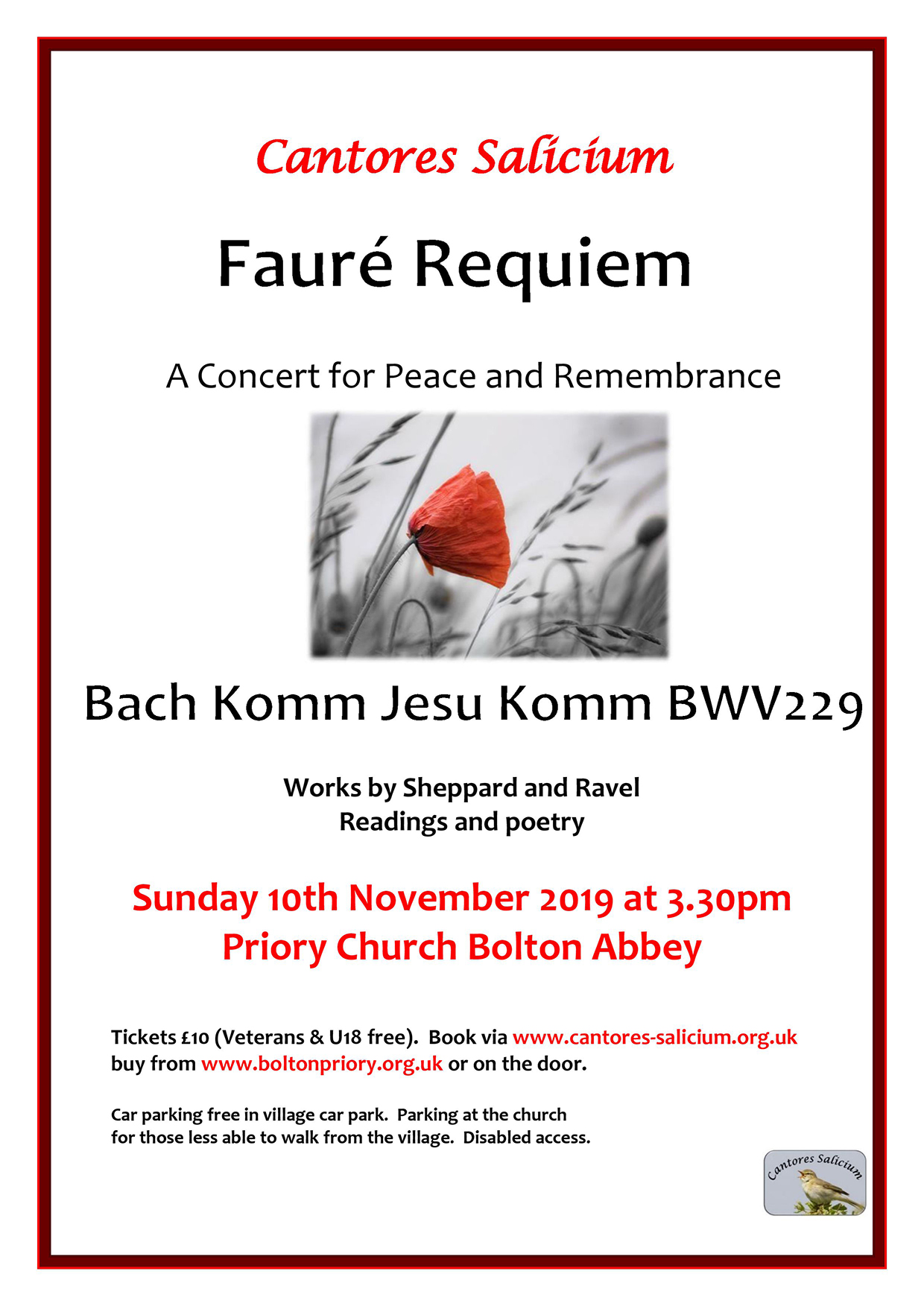 On Sunday November 10th the Priory’s principal guest choir, Cantores Salicium, presents its annual concert for peace and remembrance. This year the main work is Gabriel Faure’s haunting Requiem which includes the much-loved “Pie Jesu” for solo soprano.
The concert will open with a short work by Maurice Ravel about a young girl whose love has gone to the war. This simple but poignant work was written at the start of the First World War, the start of which greatly disturbed the composer. Then turning to sixteenth century England, John Sheppard’s, “In pace ad idipsum” (In peace, in peace itself will I rest) is a piece of quiet reflection. Bach’s motet, “Komm Jesu komm” is a work full of hope, with a text that asks for peace and rest for the dying.
Between the musical items will be readings in English, French and German, including some from women writers such as Vera Brittain, who lost her fiancée during World War I, her writings reflecting both the war’s effect on women and the role that they played throughout it. Just before the Requiem we include a reading of John Donne’s powerful Sermon XV, which includes the phrase “One equall eternity”.
This concert in the beautiful surroundings of Bolton Priory is as a tribute to all who have died in wars or who have been wounded, impoverished or displaced by conflicts throughout the world.