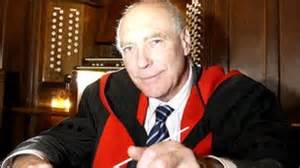 I met Roger in 2004 and, shortly after, became aware of his exceptional musical gifts as he not only played one of only three pieces I have written for organ but conducted the first version of my orchestral piece. This will be his second visit to the Priory. Born in Swansea, Williams began his musical education at the Huddersfield School of Music (now part of the University) where he studied Piano, Organ, Harpsichord, Harp, Viola, Conducting and Composition. He studied at the University of Wales (Cardiff), Goldsmiths’ College, University of London and King’s College Cambridge where he gained PhD for his research into the early works of Arnold Schoenberg. Williams spent years in London as a free-lance conductor, organist, harpsichordist, singer and composer. He held various church posts while also running a small opera company, singing with the BBC Singers and performing at major London concert venues (Royal Festival Hall, Royal Albert Hall, Queen Elizabeth Hall, Purcell Room, Wigmore Hall). In 1978 he took up the post of Lecturer in the Music Department at Aberdeen University and was later appointed Head of Department. Following the closure of the Music Department in Aberdeen (now re-established) he was appointed Music Director and Organist to the University. He was made MBE in the UK Honours list of 2009. Recognising his many years of service and astounding number of recitals at their institution, Williams received an honorary Doctor of Music from the University of Aberdeen in July 2011.