Practising what we Preach

Thomas Jefferson was one of the United States’ founding fathers. He was steeped in the Enlightenment values of political and religious
freedom, as is clear in the 1776 American Declaration of Independence in which Jefferson wrote that all men are created
equal (and) are endowed by their Creator with certain unalienable Rights … among these are Life, Liberty, and the Pursuit of Happiness.
Jefferson was also a slave-owner, like many others who subscribed to the text of the Declaration. It would take almost a hundred years and
a bloody civil war before slavery in the USA was abolished, and another hundred years before civil rights became fully enshrined in
US law. We could condemn Jefferson as a hypocrite, or (perhaps more constructively) make the general observation that human
behaviour is not always consonant with the ideals that humans claim to espouse.

This month we celebrate the great festival of Pentecost. We remember the tumultuous events in Jerusalem, just fifty days after
the Resurrection, when the Holy Spirit, promised by Jesus before his Ascension, filled the first believers and enabled them to communicate
with all those who had gathered for the festival. After this outpouring of the Spirit, Peter preached a challenging sermon which yielded
three thousand believers in a single day. These believers, Luke goes on to tell us, ‘sold their property and possessions, and distributed the
money among all, according to what each one needed’. Life lived in the Spirit, it seems, meant a life lived truly in common.

Is our behaviour as Christians consonant with this scriptural ideal? If not, do we deserve to be called hypocrites for falling short of the
ideals we espouse? Perhaps not. But we might use Pentecost as the opportunity to pray for the Holy Spirit to renew our lives and
strengthen us to proclaim the Good News that the early Christians sought to live out and which made them so attractive to others.

With every good wish, 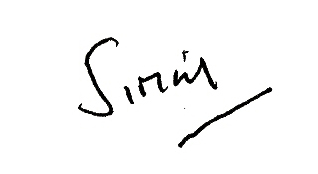